The Stark Reality of Punished Pride: LGBTQ+ people in Latin America and the Caribbean

You are here:
Sin categoría 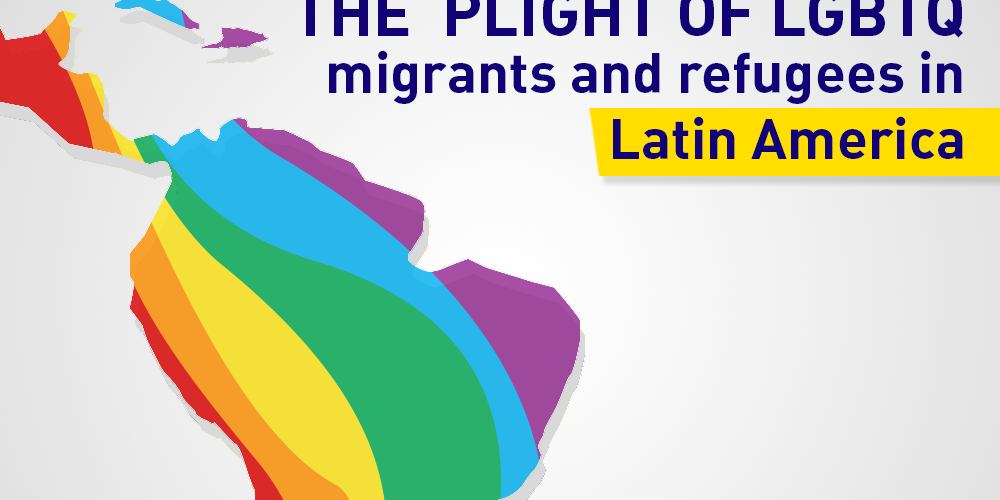 Every June, social networks, media and other platforms join the crusade in defense of equal rights for the LGBTQ+ community around the world, celebrating and recognizing diversity. In the Dominican Republic, although each year more allies and people join the movement willing to support freedom of self-expression; in reality,  openly expressing a sexual orientation or gender identity other than cis-heterosexuality continues to be part of the discussion between human rights and social, political and religious convictions.

Although there is no written law that penalizes the free expression of sexual orientation, neither are there any legal provisions that specifically protect the well-being of LGTBQ+ people in the country, even though they are subject to physical, moral, verbal and emotional attacks on a daily basis. The lack of guarantees exposes the LGBTQ+ community, leaving it in a vulnerable and unprotected state even from the country’s own police forces.

Unfortunately, in the Dominican Republic, as well as in Latin America in general, the LGBTQ+ community continues to be the target of stigma and prejudice deeply rooted in a conservative and intolerable culture. In this sense, despite the fact that countries such as Argentina, Colombia and Uruguay have managed to achieve legal milestones regarding the recognition of the rights of LGBTQ+ people, putting these laws into practice is a challenge. The reality is that the region continues to be viewed as a “threat” to LGBTQ+ rights.

The LGTBQ+ community in Latin America  lives in fear of their safety and integrity – and  in addition to suffering social discrimination, they usually lack support from authorities to ensure their well-being. Many cases involving hate crimes and discrimination against LGBTQ+ people remain unsolved, most of them are forgotten.

Other damaging attitudes include the Dominican Republic’s health system’s archaic belief that gay, transgender, bisexual or lesbian people cannot be blood donors due to the great stigma that  the impact of HIV garnered in the country, which up to date remains a taboo. These practices are an example of the discrimination that LGBTQ+ people face on a daily basis, regardless of their HIV status.

Today, the voice of the LGTBQ+ community fights louder than ever to be heard, claiming for measures to be taken in order to protect the rights that have not yet even been openly recognized.

Our country Director, Maritza Valenzuela, shares that, “at AFA Dominican Republic, we treat  everyone in a friendly way. Universal rights such as health should not be denied to anyone and it is important to bear in mind that with a gesture, unthinkable expressions or body communication, we can contribute or not to acts of discrimination and thus, keep a person from receiving their basic health services. Negative actions contribute to people’s morbidity, hospital admissions and take away from the country’s budget ”.

At AID FOR AIDS Dominican Republic we are committed to providing a quality service and comprehensive support, respecting the program participants without distinction. During this month of pride, we share the celebrations and demonstrations of the LGTBQ+ community and are part of the movement – echoing the wants of millions of people around the world: to achieve respect and equal treatment based on universal human rights.

The power of the waterfall effect in responding to complex humanitarian problems: Venezuelan migrants in Cucuta
17 June, 2021
Go to Top