Migration crisis in NYC: From the Darien Jungle to the Concrete Jungle 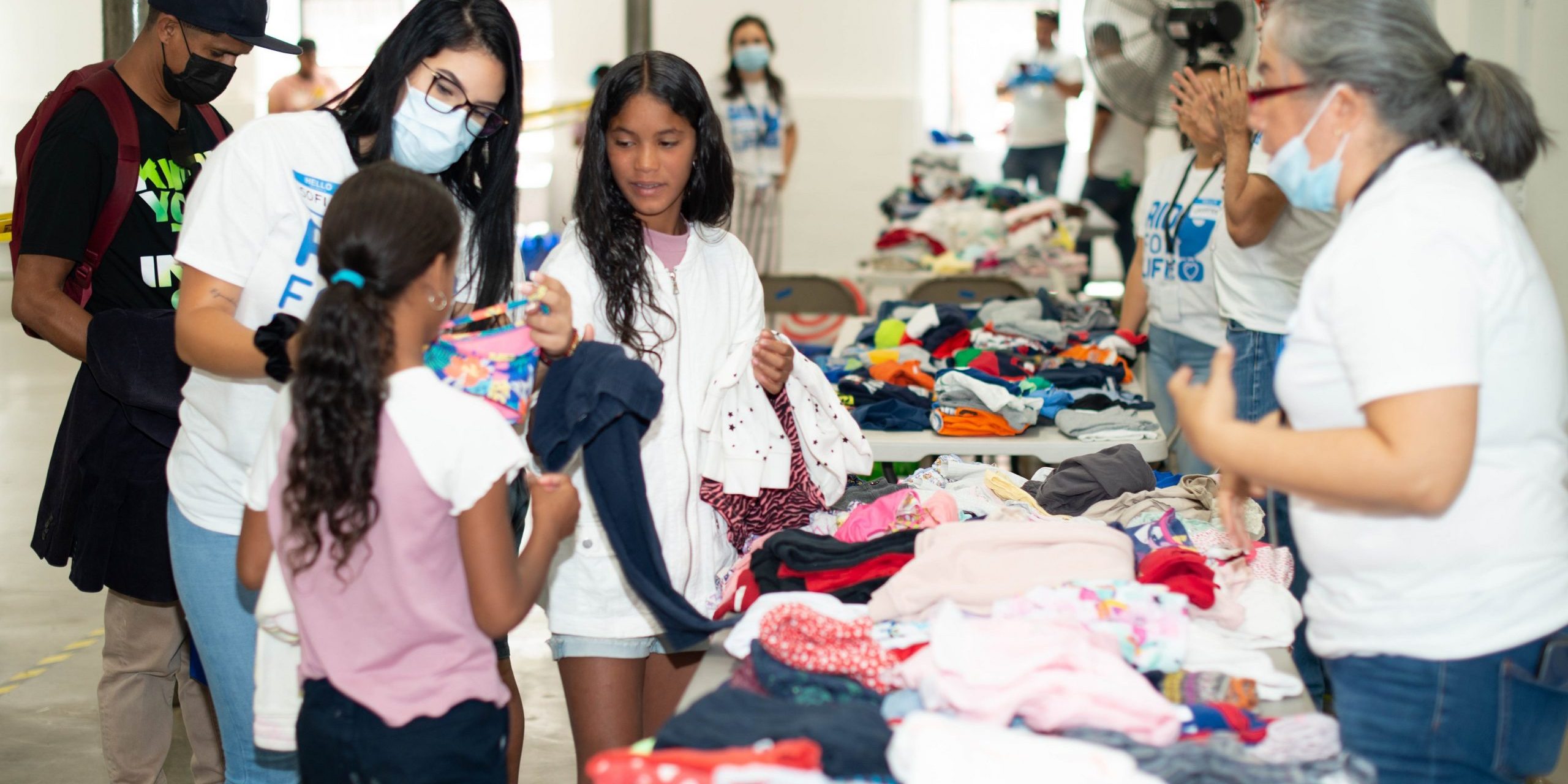 Migration crisis in NYC: From the Darien Jungle to the Concrete Jungle

On August 13, 2022, a long line of Venezuelan families was outside the Santa Teresa Church on Manhattan’s Lower East Side. There were children playing around, mothers carrying their babies and adults talking to each other, recounting their experiences in Darien, Panama.

The Darien Gap is a dangerous jungle on the Colombia–Panama border. Its complicated geography, full of muddy mountains, large fast-flowing rivers, suffocating humidity and incessant rains, makes it one of the biggest challenges for migrants trying to reach the United States.

There are shorter paths, guided by guides known as “coyotes”, that can be taken if a fee is paid; but those who cannot afford it are forced to go through the longest and most difficult paths. This jungle only represents one of the hardest points on a long road for those who want to reach the United States, because Venezuelans also have to cross Costa Rica, Nicaragua, Honduras, Guatemala and Mexico on foot. In Spanish they are known as the walkers, los caminantes.

In Mexico they encounter another great difficulty: facing the National Institute of Migration (INM), Mexico’s migration agency. The INM delays and denies all applications based on “safe conduct”. Many immigrants have to walk 4 to 8 hours between cities and towns requesting permission to continue their journey to the US. Once they are allowed to continue, they face other risks such as drowning in the Rio Grande or getting lost in the desert.

Once on US soil, the walkers turn themselves over to US Customs and Border Patrol. Many have submitted asylum cases. Recently, the Governors of Texas and Arizona have begun putting the immigrants on buses bound for Washington DC and New York, sending asylum seekers to “sanctuary cities” without any coordination, adding an additional 36 hours to an already long journey and plunging people into further uncertain circumstances.

More than 28,079 Venezuelans have crossed the Darien jungle from January to June of this year, according to data provided by the National Border Service of Panama. The economic and social crisis in Venezuela has caused millions of people to leave searching for a better quality of life and a future for their children. Many left their home country in 2015 for other South American countries such as Peru, Ecuador, Colombia and Chile. But xenophobia welcomed them, blaming Venezuelans for insecurity, crime, unemployment, and public deficits in their countries.

Outside the church you can hear many of these stories, sharing the difficulties of crossing the jungle: people dying waiting for help, the river flooding and the lives it takes, robberies and rapes by indigenous groups in Panama, and bodies found along the way.

These experiences are reflected in them, in their outfits already worn by days of use, and the trauma shown in their faces. However, the positive attitude and conviction to move on are also noticeable, in addition to the characteristic way of the Venezuelan, of looking for the positive side of any situation.

AID FOR LIFE, together with the Fernando Albán Foundation and other non-profit organizations, held its first Health and Services Fair for newly arrived immigrants on August 13, where resources and information on health and legal services, and affordable housing were provided. Close to 250 Venezuelan families were served.

“It was an extraordinary opportunity to be in contact with this newly arrived population and identify their needs, so that we can establish a firmer and safer care route for them,” said Lupe Aguais, Director of AID FOR LIFE.

Jesus Aguais, President of AID FOR LIFE, expressed that “New York is a city of migrants and, as a migrant, we are here to welcome everyone, provide them with the best service and information they need, and support them as an organization.”

We will continue to hold clothing and footwear delivery days, and other fairs in the coming months. Keep checking our social media for any updates!

If you wish to make a donation to help this new community, please contact us at our offices.