AID FOR LIFE has served 2,000 asylum seekers in NYC 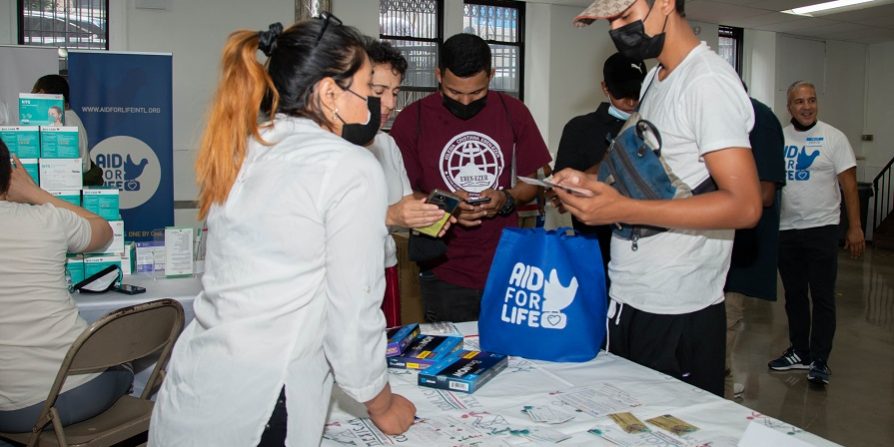 AID FOR LIFE has served 2,000 asylum seekers in NYC

Since April 2022, nearly 20,000 asylum seekers from South America have arrived in New York City bussed from Texas, as they entered the US through the southern border. According to city reports, 12,700 of the migrants are in shelters.

The vast majority of them are Venezuelans, and are fleeing the economic and social collapse of the country, aiming to reach the US after crossing more than 7 countries and dangerous routes such as the Darien Jungle and the Rio Grande.

Even after New York City Mayor Eric Adams declared a state of emergency as a result of the overcrowding of shelters, buses continue to arrive at the Port Authority bus terminal on a daily basis carrying hundreds of migrants.

At AID FOR LIFE, we have held 2 health and services fairs and 12 weekly jornadas to donate clothing and shoes to these asylum seekers and provide legal, health and housing services, among others. So far, we have served 2,000 people.

AFL remains committed to our mission of improving the lives of people at risk of social vulnerability, generating social impact through the implementation of programs that increase their abilities, skills and provide access to essential products that strengthen their well-being.