You are here:
Sin categoría 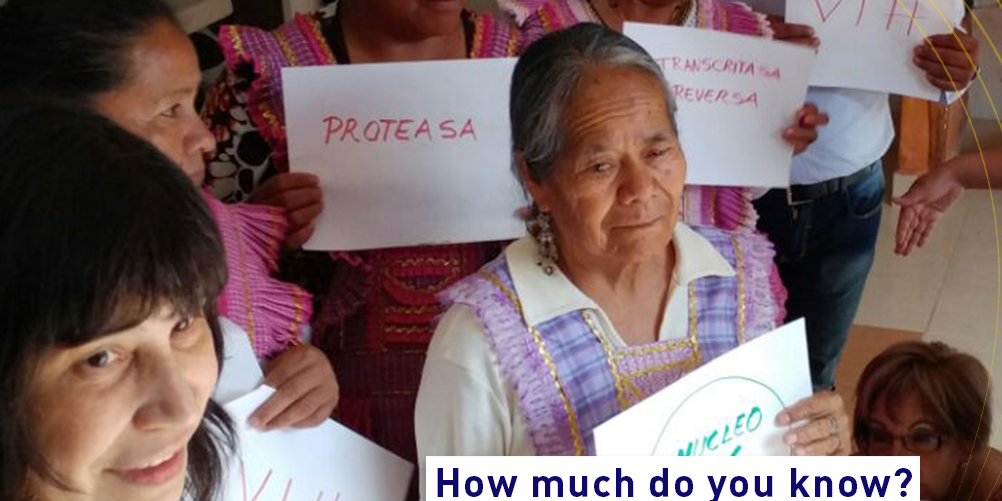 As UNAIDS points out, the lack of gender equality could be considered one of the main causes of HIV infections, as a consequence of the lack of information and sex education, mainly in continents such as Africa and Asia. This is also a reality in Latin America, and especially in Venezuela, where despite numerous campaigns and social media outreach, women continue to struggle against stigma and exclusion, in the midst of a complex humanitarian emergency that makes it even more difficult for them to access health services and dignified living conditions.

According to UNICEF, by 2016 it was estimated that 17.8 million women in the world had HIV, which represented 52% of all adults with the virus, but why is it that these statistics have remained the same or even increased over the years?

Although efforts in the global response to HIV have intensified, certain populations, such as women, continue to be more vulnerable to the virus. This is due to marked inequalities in terms of access to health and financial services, fewer economic freedoms, cultural restrictions, poverty, limited access to education, and even domestic or gender-based violence.

Research demonstrates that gender-based violence could be directly related to the incidence of HIV in some regions. According to UNAIDS data, women who have experienced domestic violence are 1.5 times more likely to contract HIV. All these factors continue to be relevant in Latin America, where gender violence, machismo and lack of sexual and reproductive education are closely related to the cultural traditions of the region.

At AID FOR AIDS (AFA) we understand that young women will continue to be exposed as long as they grow up with limiting beliefs that prevent them from defending their rights. Studies have shown that sexual and reproductive health education for young women and girls is related to good comprehensive health; resulting in a reduction of early pregnancies, as well as safer abortions, lower rates of sexually transmitted infections (STIs) and unplanned pregnancies.

That is why since 2004, through its “How much do you know?” Program, AFA “has been focusing our primary prevention actions on empowering young women with or without HIV in the development of life-skills and emotional intelligence. We work on strengthening their self-knowledge, self-worth, reflective and critical thinking, which connects them to conscious decision-making for the construction of a life project, thus enhancing their health and motivating them to pursue their goals”, explains Lupe Aguais, Director of Education and Training for the organization.

According to Aguais, it is possible to observe an important change in the behavior and lives of the women who have participated in the program and especially highlights the relevance of empowerment as a tool to break cycles of physical or emotional violence; “Curently, they are successful women in whatever path they decided to undertake,” Aguais proudly says.

At AFA we are convinced that emotional education is a priority, because in addition to improving participants’ self-esteem and strengthening their critical thinking, it also develops their courage to identify situations of violence. “The idea is that they can talk to someone close to them,  make prompt denouncements and defend their sexual rights, among other actions; all through an interactive methodology that becomes part of them  the internal connection between thought, emotion and action, strengthening their self-care and the defense of their rights”.

Today, Andrea is a successful woman in her work and personal life. She came to AID FOR AIDS Venezuela as a rebellious teenager who had to face a serious health situation.

“I was able to obtain the tools to face the situations that have presented in my life; I understood that my opinion is valid, I gained security. I learned to know and recognize my abilities and strengths. The best thing is that all these tools arrived at the moment I needed them the most”, recalls the young woman from Caracas.

Thanks to her participation in our How Much Do You Know? program, she was empowered to move forward in her life. “They taught me what a life project is and I understood that, to achieve it, I had to have good health and the only way to do that was by assuming my responsibility to take the pills and getting the routine check-up as I should. So I made the decision to take responsibility for my health to make all the goals I have come true, and I knew that those decisions would affect my future”, reaffirms Andrea, one of the many young Venezuelan women who have gone through this program.

“Certainly, there is a lot to do. By beginning with the belief that only the development of cognitive abilities can produce changes in a person, we have a great challenge. We continue to deepen and insist on an emotional intervention to empower communities. By being part of the solution, we have shown that emotional development effectively enhances the growth of human beings, whether they are called men or women”, affirms the Director Education and Training at AFA.

During this month of commemoration and celebration of women, at AFA we want to honor and recognize their courage in defending their rights. We seek to raise awareness about gender inequality and its repercussions in all aspects of society. An effective response to HIV must involve a gender-based perspective that allows women to overcome the obstacles they face that make them more vulnerable to contracting the virus. Only through inclusion and diversity will we achieve true development of all women in the world.

The Stark Reality of Punished Pride: LGBTQ+ people in Latin America and the Caribbean
28 June, 2021

The power of the waterfall effect in responding to complex humanitarian problems: Venezuelan migrants in Cucuta
17 June, 2021
Go to Top