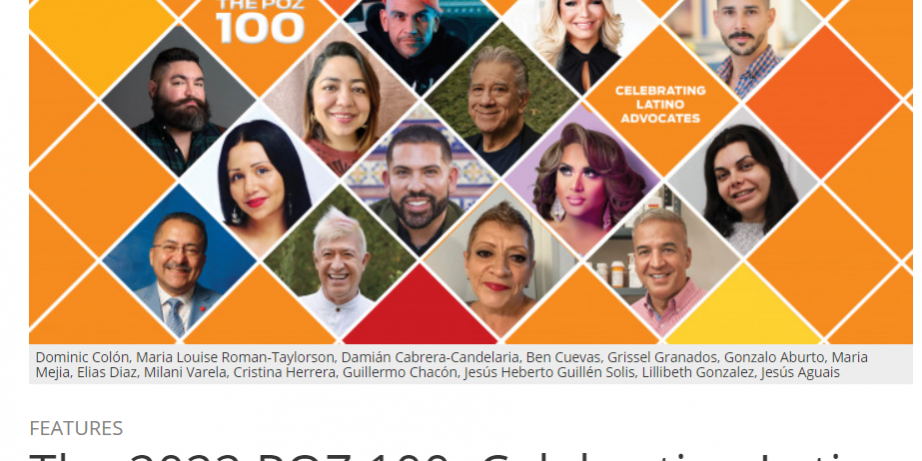 Each year, POZ Magazine creates a list to highlight and celebrate the HIV advocacy work being done in communities. This year’s POZ 100 recognizes 100 Latino advocates who have made exemplary contributions to the fight against HIV.

Our President and Founder, Jesus Aguais, is among this year’s POZ 100, for addressing these social and structural barriers in an effort to achieve health equity. POZ magazine celebrates Jesus for his efforts raising awareness about HIV and creating safe and supportive spaces, recounting the beginnings of the organization, its achievements, and where it is headed.

Latinos are disproportionately affected by HIV in the United States. They make up about 19% of the population, but account for 25% of people with HIV and 29% of new diagnoses, according to the Centers for Disease Control and Prevention.

Racism, homophobia and HIV stigma are some of the factors fueling the HIV epidemic; and language barriers and immigration status prevent them from accessing HIV care and prevention services.

AID FOR AIDS Colombia and Peru, Columbia University and the CDC work together to help the migrant population at risk of HIV
28 September, 2022