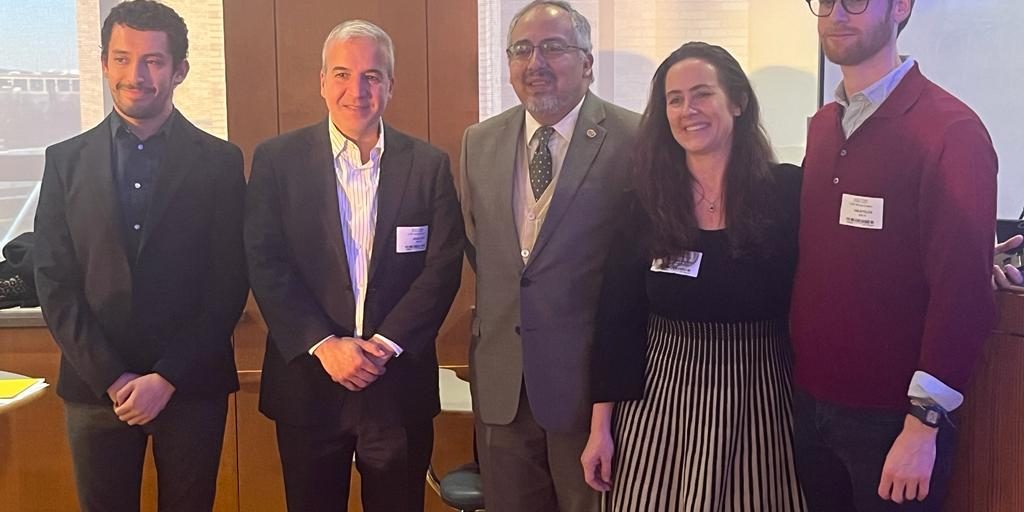 On Monday, December 5, AID FOR AIDS presented the results of its in-depth study focused on Survival Sex in Migrant and Refugee Populations at Columbia University’s Mailman School of Public Health.

The researchers of the study –Fernando Garlin Politis, a doctoral candidate from the Université Paris Cité, and sociologist Francisco Ulloa from the University of Chile- traveled to New York City for the event and presented the results of the study focused on the Venezuelan migrant population in Colombia that practices survival sex.

The importance of addressing this issue was highlighted: it’s not just a public health problem; the needs of this population must be looked at from various angles and approaches. Through the study, it was found that not having access to legal work drives this population to engage in survival sex. Many of them are also sustaining their families in their home country and they do it to survive. This invisible population doesn’t have many options, and violence and exploitation have become normalized.

Dr. César Núñez, director of the UNAIDS office in New York, also participated as speaker and provided sobering statistics on the more than 7 million migrants who have fled Venezuela.

“AID FOR AIDS has worked hard over the past two years to build trust with this high risk group in South America that is a key population in the fight against HIV. We are currently raising funds so we can continue this work in New York City (with all migrants that are being bussed from Southern states to NYC) and build programs here that we have already tested with the migrant populations in Colombia and Peru.” – Aguais