You are here:
ColombiaObservatorio Migrante 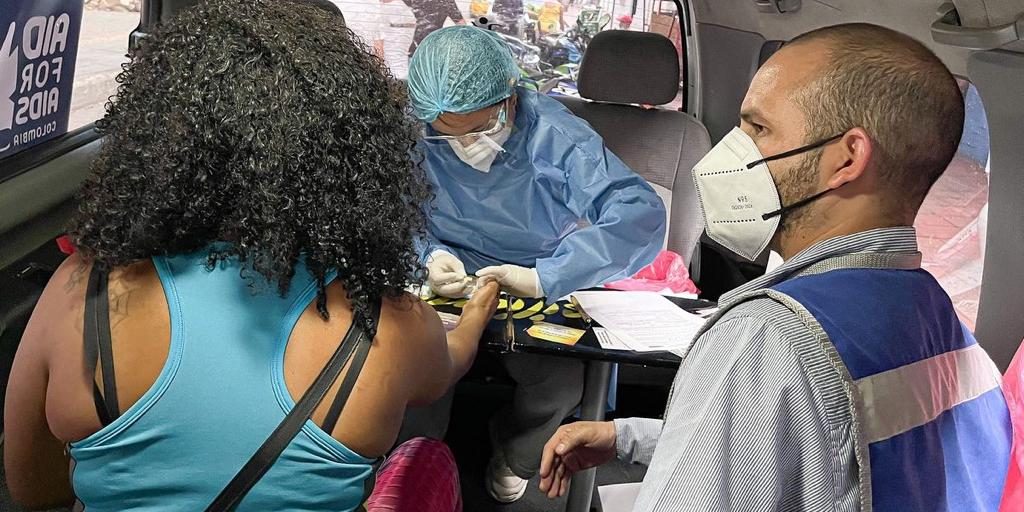 Venezuela’s political and economic crisis has led to the largest recorded number of displaced people in Latin America, with over six million Venezuelans estimated to have fled their country as of 2022.

The deterioration of the Venezuelan healthcare system has especially exposed people with HIV to vulnerable conditions, including widespread shortages of HIV medications, lack of conditions for HIV testing and unavailability of HIV prevention services and education.

Multiple Latin American countries report a growing number of new diagnoses among Venezuelan migrants and a high proportion of advanced HIV among the migrant population presenting at HIV treatment clinics. Refugees and migrants face challenges in accessing HIV prevention, testing, and treatment services, including financial costs and the navigation of complex health and legal systems. The high number of migrants poses a heavy burden to the weak health systems of the host countries and creates competition between the immigrants and the local population for access to healthcare, exacerbating existent xenophobic sentiments against Venezuelan migrants.

AID FOR AIDS, ICAP and the U.S Center for Disease Control and Prevention are working together on a multi-country approach funded by PEPFAR to provide care and services to Venezuelan migrants and refugees with or at risk of acquiring HIV through the delivery of preventive sexual health kits, HIV screening and testing, linkage to healthcare and support for navigating services, the provision of ARV treatments and CD4 and viral load testing.

Through an ongoing program, AID FOR AIDS Colombia and Peru plan to reach over 3,000 people with HIV in the region with services ranging from diagnoses, linkage to care, access to treatment and monitoring to complimentary testing and screening for blood count, cryptococcus, hepatitis B and C, creatinine, VDRL and tuberculin.

Beyond identifying and supporting population at with or at risk of HIV, the program is also supporting refugees in general by providing legal assistance and linkage to the local healthcare system.

AID FOR AIDS in El Español: Jesús Aguais, the Venezuelan who recycles AIDS medicine from NY: “There should be no one with HIV”
18 March, 2022

A SIGNIFICANT NUMBER OF THE YOUNG VENEZUELAN REFUGEE POPULATION THAT ENTERS COLOMBIA THROUGH CÚCUTA EXERCISES SEX FOR SURVIVAL
28 May, 2021

‘Building a fairer, healthier world’: AID FOR AIDS’ work with Venezuelan refugees in Latin America
26 May, 2021