AID FOR AIDS in El Español: Jesús Aguais, the Venezuelan who recycles AIDS medicine from NY: “There should be no one with HIV” 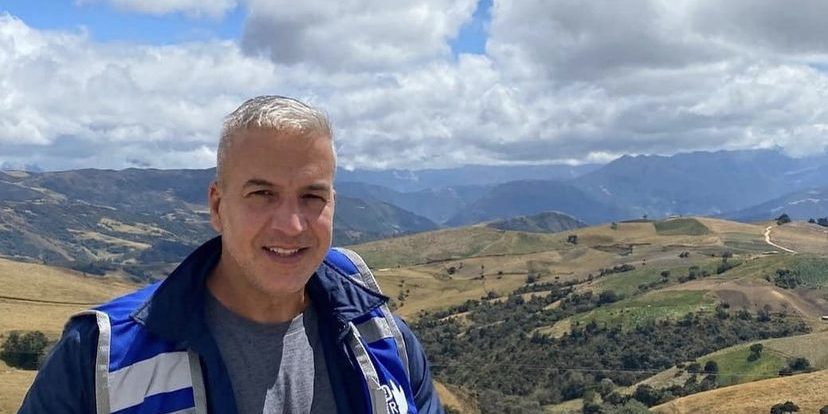 AID FOR AIDS in El Español: Jesús Aguais, the Venezuelan who recycles AIDS medicine from NY: “There should be no one with HIV”

His NGO, AID FOR AIDS, has been working since 1996 to provide access to the most vulnerable population, especially in Latin America, to antiretrovirals that allow a person with HIV to lead a normal life.

Jesús Aguais left his native Venezuela behind to land in New York in 1989. At just over 20 years old, he arrived in a city in full swing, in which the LGTBi+ community was beginning to claim its rights and show itself to the world as it was. But he also ran into a society marked by an epidemic: AIDS. What he did not know at the time was that the fight against HIV would become the engine of his life.

This disease entered his radar almost by chance: “My roommate was an activist for Act Up NY, the first organization to mobilize global activism on AIDS,” says Aguais, who receives us, via screen, from New York. It was Act Up, he clarifies, that got “accelerated approvals of antiretrovirals” that would end up saving thousands of lives.

“Act Up changed activism: it was the first organized activism in the world that transformed a disease,” he clarifies. And he adds that coming across an organization like this at the time changed his mind. “In the corridors of Act Up NY there were all kinds of people, from the housewife, to the doctor or the lawyer, the trans woman or the granny”, something that, he assures, “blew his mind”.

What could not be imagined at that time is that in less than five years he would be the architect of an NGO that would have nothing to envy to the one that introduced him to the reality of AIDS.

It was in 1996 when he decided to create AID FOR AIDS (AFA) to recycle antiretroviral treatments and provide them free of charge to people with HIV throughout the planet.

Question: You worked as a counselor at St. Vincent’s Hospital in New York. Was that how the idea for AID FOR AIDS came about?

Answer: Years go by and I end up working as a counselor in this HIV clinic. And it all happened organically. In 1994/95, clinical studies of this type of HIV medication called protease inhibitors began to appear. In 1996, two different combination therapies came onto the market, Norvir and Saquinavir. Each brought its side effects for certain people. And a phenomenon of change of therapy begins to avoid collateral damage.

Q.: Did these treatments work?

A.: The antiretrovirals began to have an impact on people immediately. Obviously, there were very sick people who couldn’t be saved by any antiretroviral at that point.

A.: It is common sense. That’s why I started telling people when they came to see me at the HIV clinic at St. Vincent’s Hospital “hey, bring the medicine they changed you” because as a counselor I had to become a treatment specialist. You couldn’t talk to a person with HIV without knowing what they were taking.

That, he says, changed his story: “It changed my life, how I see the world,” he says. And he explains: “A gesture as insignificant as taking something out of the garbage became the largest program in the world of its kind.”

Since its inception, Aid for Aids has sent nearly $160 million worth of medicine to more than 20,000 people in 70 different countries.

HIV does not discriminate

Now, its contribution reaches half the planet, but in the 90s, AFA had to face a question as important as it was complex: who to help?

“We decided that we would help activists, especially in Latin America, who could put pressure on countries to make public policies for universal access to treatment,” explains Aguais.

His plan worked. The treatment went viral; however, the Venezuelan acknowledges that he finds it difficult to understand how 26 years later his organization is still relevant and, above all, necessary. “There are still so many millions of people who don’t have access to antiretrovirals…I don’t absorb it well,” he confesses.

“This pandemic showed us that it took everyone by the middle,” he says. Because, he acknowledges, “AIDS was the disease that didn’t discriminate against anyone, nor  against socioeconomic status, or anything. It doesn’t matter how educated or uneducated you are.” Unfortunately, now, more than a quarter of a century later, the tables have turned: “Today it takes the poorest.”

“There should be no one with HIV,” he claims. Because, as he recalls, a person has HIV, but who is undergoing treatment, does not transmit the virus. “In other words, right now medicine is prevention,” he admits.

Despite this, according to UNAIDS, in 2020 alone, 1.5 million people contracted the virus. That same year, up to 37.7 million people were living with HIV in the world. In addition, this disease extinguished the lives of 680,000 people around the planet.

Right now, explains Aguais, “the person with HIV is the same person who is being sexually abused, who has food insecurity, who has a lack of access to health…”. That’s why, he says, his organization puts so much emphasis on “access to treatment.” Only in this way, he assures him, will a patient be able to transform his life.

Because, says the Venezuelan living in New York, “something that HIV taught me in the 90s, at least that was my personal experience, is that the person who had no dreams, no hope, no friends, that is to say, who had no affection, they were the ones who died the fastest”.

According to Aguais, if a person does not value himself and “thinks that he is worthless, that there is nothing to fight for, then why would he live?” Something that he says goes “very much in parallel” with the work he has been doing since then with migrants.

Question: When did he start working with migrants and refugees?

Answer: From the beginning we worked with migrants. From 1996 to 1999 we brought about a thousand Latin American refugees from Venezuela, Peru, Colombia to New York, and helped them apply for political asylum based on sexual orientation.

Q.: In the end, it is a migrant helping other migrants.

A.: Imagine, I am a Venezuelan migrant in New York in the 80s and 90s, who is nothing more than a muscle that works to be able to face a complex humanitarian emergency in Venezuela and the refugee crisis, which is the worst it has lived Latin America.

Q.: How is your work with refugees similar to the one you do with people with HIV?

A.: They are parallel themes that have the same background: to give people the ability to dream, to let them know that their lives can be transformed from within, giving them access to the medicine they need or to the food or health that they need. . But the most important thing is that we help them to transform themselves.

Q.: Is this how AID FOR LIFE, the second branch of AID FOR AIDS, came about?

A.: AIDS is the central task of our organization, we have it in the name and I put it, like this, in people’s faces. Aid for Life opened it after attending the complex humanitarian emergency in Venezuela, when we began to feed thousands of babies a year in order to ensure their cognitive development, let their brains develop!

Q.: What was the reaction of people to this turn in your activity?

A.: I feel that people have come out of the closet with their AIDS stigma, and many tell me “don’t talk to me about AID FOR AIDS, talk to me about AID FOR LIFE”. There is a very strong stigma, but I decided that AFA will always exist, although I am not going to fight that fight now, that there are other more serious things, but that inequalities and phobia exist.

Q.: Where does that stigma and phobia come from? From sheer ignorance?

A.: We work on reframing beliefs, because all of that is learned. It’s like homophobia, like racism. We are born pure, we are poisoned with beliefs.

Q.: You work on very complex issues, but how do you decide when to tackle what?

A.: Right now we have a very strong crisis in Latin America. At the same time, this tragedy is happening in Ukraine, where we also have to see how we have a response. The call is to the world, to the aid workers, to the people, to Spain, because while we have to support the Ukrainian, we cannot forget that there is a Latin American tragedy and that we, as human beings, have the capacity to worry about both of them. It is not a matter of choosing.

Q.: However, it seems that we can only focus on one thing.

A.: The call is obvious: all together we must help the Ukrainians, but we cannot abandon the Venezuelan migrants who continue to walk.

Q.: Are they still walking? What do you mean?

A.: If I put a photo –and without minimizing because what is happening in Ukraine is something terrible– of the walkers… and nobody talks about them. Venezuelans are the migrants who walk the longest distances in the world. It is poverty on the street and they have become part of a landscape. When you see that in a country like Colombia, the Venezuelan walker is part of the landscape… it’s like the rat that walks down the street and the rat no longer scares anyone. I feel that this, as humanity, is a wake-up call, an awakening.

A.: As a human being, a mother walking, families, a young person, a man… it doesn’t matter if you are a man or a woman, or a child, or an adult or whatever, but becoming part of the landscape means that our hearts harden. Then, trans people are considered as not human, they are very vulnerable populations, the vulnerable of the vulnerable.

Many of these people, she says, turn to “survival sex.” Because, says Aguais, they have no other choice: it is the only way to support their families. This is precisely where the path of migrants and that of HIV intertwine. And that’s where your organization puts the Aids hat back on.

“Many of these people lived in other realities and had to flee, and fell into this situation of vulnerability,” he explains. For this reason, he reminds him, what is needed in this world is much more empathy, because, he concludes, “what would you not do to survive?”