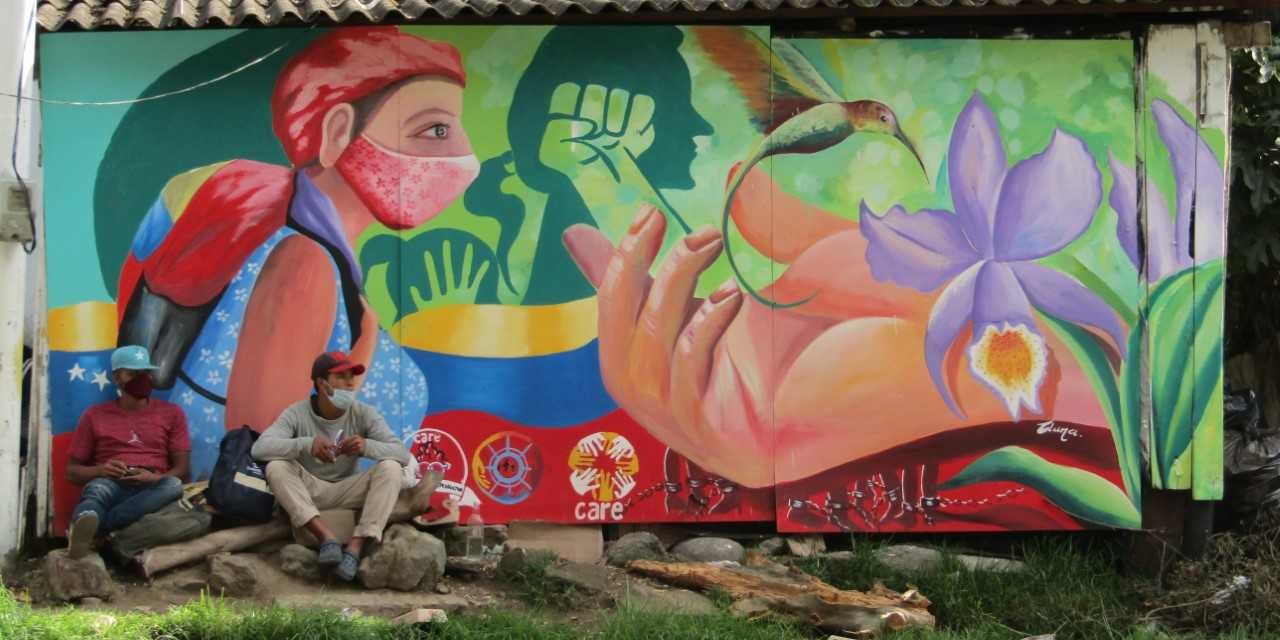 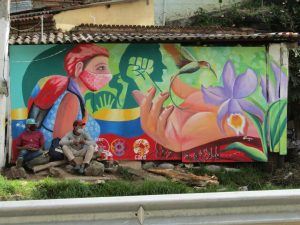 In addition to poverty, the lack of opportunities and the sheer will to survive that leads them to flee  Venezuela in pursue of a better life; Venezuelan refugees face a harsh reality in their host countries: many are led to perform sexual activities as their only mean for survival, exposing them to the possibility of acquiring sexually transmitted infections and HIV.

Sex for survival as a phenomenon in Colombia shows different signs from similar practices in other regions of the world (United States, Canada, Congo, South Africa, Australia, among others), due to the collective or family dimension behind these practices. In the vast majority of cases, it is not a question of survival of an individual, but of a family network that usually depends on them. This was concluded by an AID FOR AIDS Colombia study carried out in 2020. The organization seeks to improve the health and well-being of Venezuelan, Colombian-Venezuelan and Colombian refugees with HIV, mitigating the harmful impact of the humanitarian crisis on their health and social wellbeing while advocating for their human rights at the local and national levels.

Among the main findings of the study is the realization that refugees are not geographically aware. For them, going from Venezuela to Ecuador, Colombia or to a small town nearby means the same. Their only goal is surviving, and they do so with courage and conviction. “Unfortunately, this is where the mafias come in to take advantage, and sex work becomes the only way of survival for many, especially young people, who are recruited, without any other possibility. This crisis has promoted sex work as well as transactional sex for survival, and we have even detected cases of non-consensual sex and human trafficking. This problem significantly affects young heterosexual men, women and members of the LGBTI community. It is not safe sex and the risks of acquiring HIV are high” says Dr. Jaime Valencia General Director of AID FOR AIDS Colombia.

According to this study carried out by AID FOR AIDS Colombia and its team in Cucuta, FUNVECUC; a large percentage of the young Venezuelan migrant population that passes through Cúcuta has sex for survival, which has led them to become victims of sexual violence and torture. This type of sexual transaction is a problem that increases the risk of unwanted pregnancies, sexually transmitted infections, including HIV, and carries a significant emotional impact while also diminishing their dignity.

“The health of refugees is a priority for us at AID FOR AIDS. We are committed to rescuing the dignity of the Venezuelan refugee by guiding them towards care routes during their journey that can offer them nutritional, emotional and health support. We also provide them with useful information about their rights and any other data for their journey”, adds Valencia.

The study continues to advance, seeking to deepen the organization’s understanding on how sex work for survival is practiced within the Venezuelan population in Colombia; especially focusing on its risks of sexual abuse and gender based violence.

Among the goals that AID FOR AIDS seeks to accomplish with this study are to network and strengthen programs and services dedicated to the prevention, treatment and care of Venezuelan refugees with HIV in Colombia, provide ARV treatment and medical care to migrants and refugees and collect data and information on the number of Venezuelan refugees with HIV, as well as strengthen prevention measures in sexual health, life skills and protective strategies for people who perform sexual activities for survival in Colombia.

It also seeks to provide access to rapid tests for HIV and other STIs, as well as distribute sexual health kits (condoms, lubricants and printed material on HIV and other STIs) and provide access to antiretroviral treatments for those who are diagnosed with HIV. AID FOR AIDS also aims to prevent peer-to-peer recruitment of individuals within sex for survival networks, through the development of recreational and artistic workshops and  personalized psychological orientation. Finally, the organization sets to address gender-based violence and promote entrepreneurship through workshops and mentorships.

“Through this project, AID FOR AIDS Colombia seeks to raise awareness on this highly sensitive reality, as well as become a voice for Venezuelan refugees, so that society and the responsible organizations take notice and act on the inhuman conditions that they’re subject to. We cannot let these phenomenon be normalized. AID FOR AIDS wants to highlight the importance of understanding this issue not as a matter of laws, borders or nationalities but as a humanitarian crisis where human rights are being violated, where people are facing extreme and ruthless conditions. Turning our backs on the problem will not make it disappear, our brothers, the Venezuelan refugees, need our help ”, concludes Valencia.

AID FOR AIDS partners with ICAP at Columbia University and the CDC to provide HIV care to Venezuelan refugees in Colombia and Peru
29 March, 2022

‘Building a fairer, healthier world’: AID FOR AIDS’ work with Venezuelan refugees in Latin America
26 May, 2021